Mahogany Glider
The  mahogany glider is named for its rich brown mahogany colour and the
importance  of the swamp mahogany tree, Lophostemon  suaveolens, in its
habitat. The scientific name Petaurus gracilis means slender rope dancer. They have been known to glide up to 60 metres with an average glide distance of 30 metres.

The  mahogany glider is one of  Australia's  most threatened mammals and Queensland’s only listed endangered glider species. There are believed to be fewer than 1500 existing in scattered areas where enough of their habitat remains. The world range extends through approxiamately 150km of fragmented lowland woodland from Ollera Creek (40km south of Ingham) to Hull River near Tully.

The Cardwell Golf Club is one of the areas where this species still exists. You will notice nesting boxes placed around the course specifically for the Mahogany Glider. The club  has chosen this graceful, beautiful little animal as its emblem on the club logo and is committed to making the golf course a safe haven for this endangered creature. 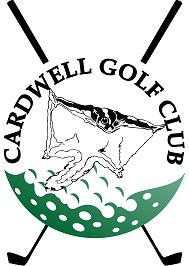